Once upon a time, it became super important for me to open or view a file on my Android or iOS device. A .oxps file to be more precise.

Usually, I would think a PDF opening app would do just fine. Maybe because the content seemed like a PDF file despite having the .oxps extension.

But I was wrong! I tried a couple of apps like Adobe, Google PDF viewer, WPS office and a couple of others but all to no avail.

Next, i tried changing the .oxps extension to .pdf thinking that would perform some conversation magic but that didn’t work either.

I ran a search on Google Play Store with the keywords oxps reader and oxps viewer. A couple of apps came up in the result but most of them didn’t work. After a handful of trials, one finally did.

Before then, I ran same search on my iPhone’s App store and although some apps came up in the result, virtually all of them were paid apps. Sorry, no deal!

In other to save you some stress if at some point, you’d like to open a OXPS file, I’d be pointing out the app which worked for me.

Without much further talks, the best Android app for Opening .oxps files would have to be Document Viewer.

In other to save you some additional stress of having to search Google Play Store, using the link below will take you to the direct app page on Play Store.

If for some reason, you’d rather prefer converting the file from OXPS to PDF, online tools like oxpstopdf.com does the trick. With that, you can convert the file to PDF. After converting, any PDF reader app can read the file.

Check Out:  How To Fix Tinder Oops Something Went Wrong On Android

For the most part, most android phones and iPhone comes with an inbuilt PDF reader. Hence, the need to download a third-party PDF reader may not be necessary.

Got questions relating to Android apps used in viewing or opening .oxps files, drop a comment below. 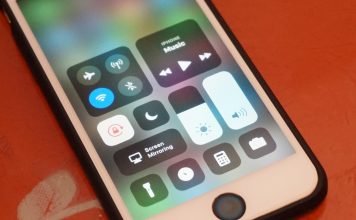